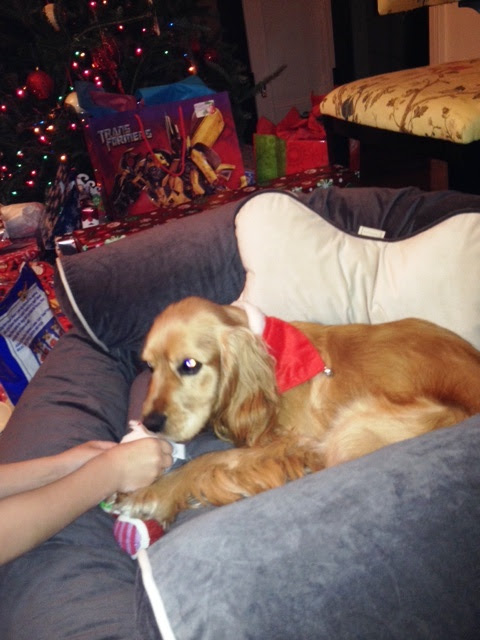 Thank you Christine for helping us pick such a great dog for our family!!
It was our best Christmas ever and Trooper, that’s what my kid’s named him, is so perfect for our family!
We love him so much!  Hoping to come by and visit you soon!
Happy New year!!! 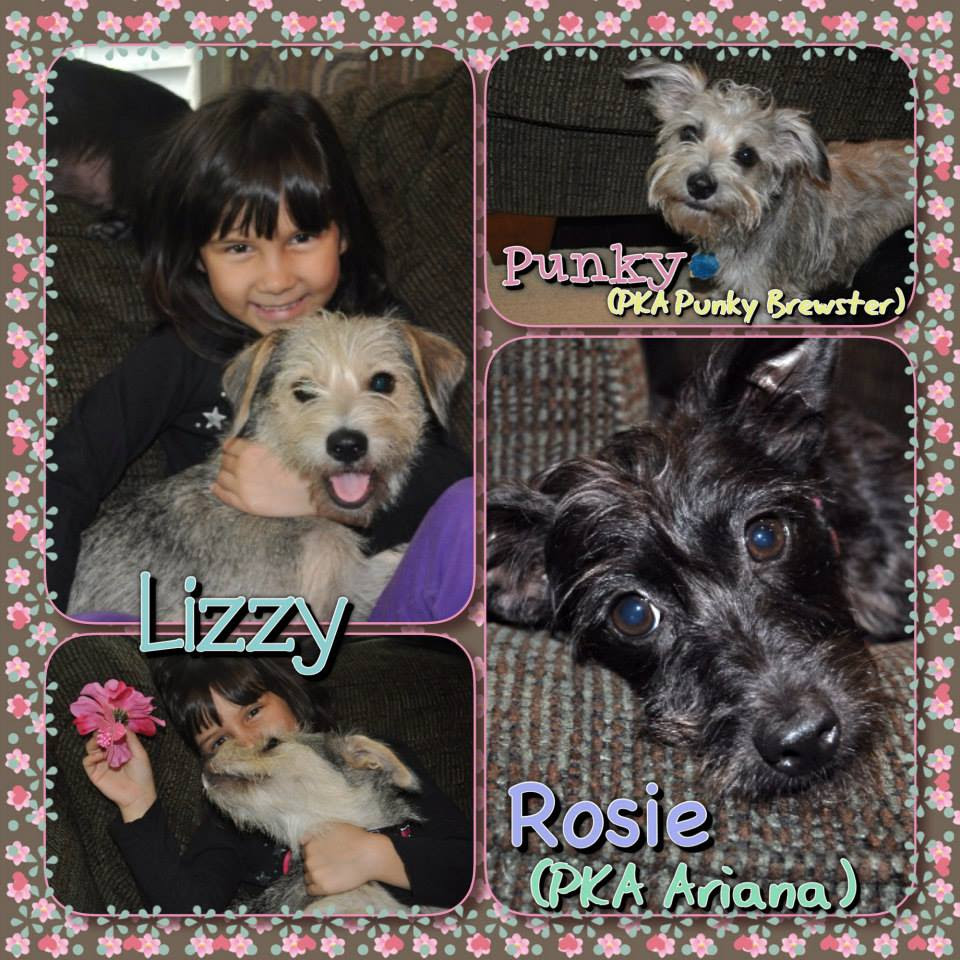 2013 was a fabulous year for us – we had the honor of adopting 3 wonderful dogs from K-9 Angels.
Rosie (AKA Ariana), Punky (AKA Punky Brewster) and Lizzy quickly became part of our family. They all get along really well and have become awesome playmates. They LOVE chasing each other around in the backyard and playing “tag” all over the house.
They are a welcome addition to our family- and we all love playing and snuggling with them! 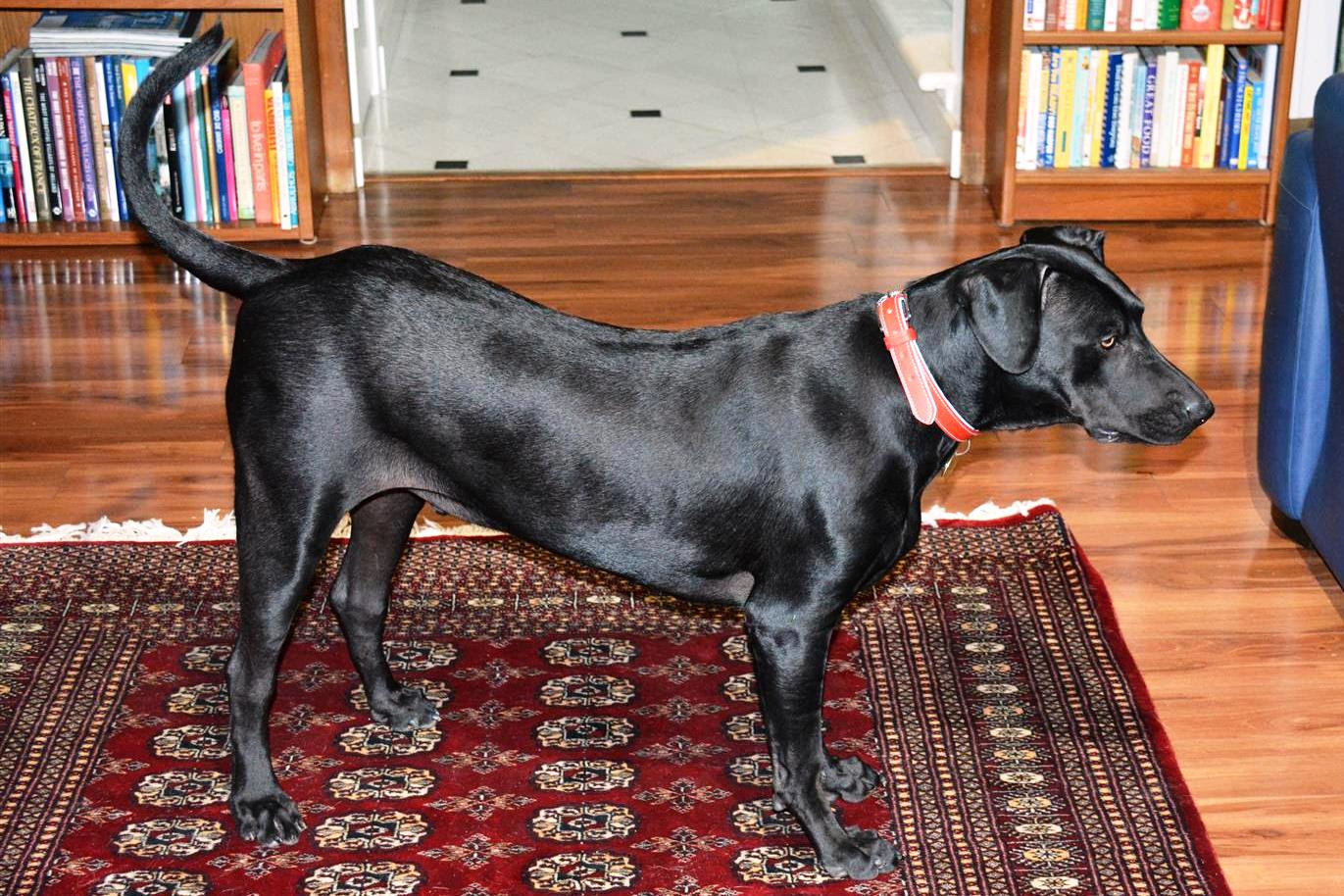 An update on Justice, you knew him as “John’, a Black Lab/Great Dane mix.

Such a lovely pup, gentle disposition and so joyful when he finally realized he was part of the Family.

Thank you, he is a treasure!

Merry Christmas and Happy New Year! God bless you for the lives you enrich, both canine and human. 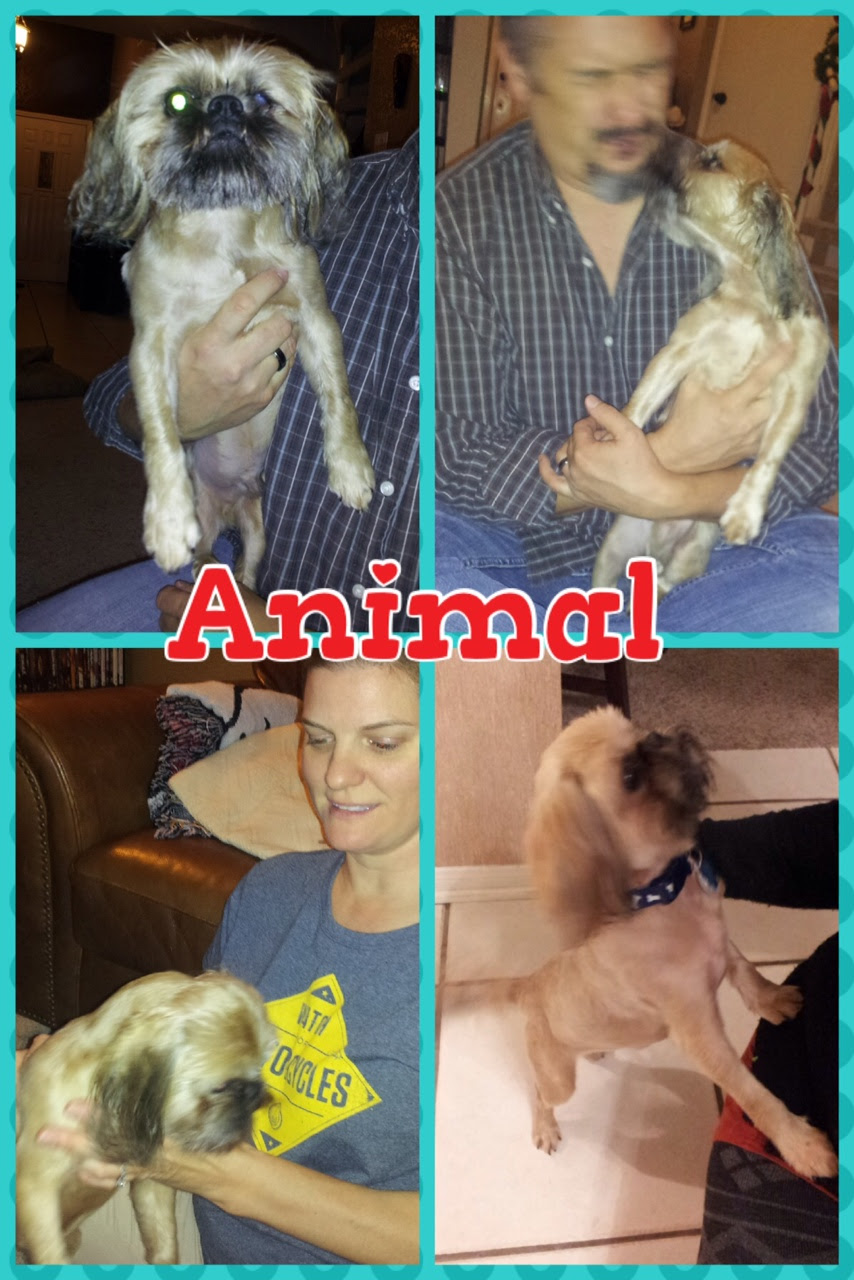 Animal is doing great!  He is getting sooo much better with the listening; potty training is a tricky business, he actually has tales that let me know he has to go but it’s very subtle. Petsmart had to shave him down but two weeks later and his hair has really grown out.  We had another bath tonight; I discovered that sometimes he pees on his front legs and his anal glands don’t seem to be emptying like they should so he scoots alot. He’s too funny though. Found out some days he is NOT a morning boy, he goes potty then lays back down in his kennel (btw this is the kennel he doesn’t want to go into at night).

We had a party last Saturday and eventually I let him out, OMG the ladies went crazy! After an hour he went back to our room to hide out until they left, then came out and layed in his kennel!  He takes off sprinting down the hall trying to get everyone to chase him and he forcibly takes turns with the bones and toys with our other dog, Nim; though she doesn’t feel the same.  He chews, then lets her chew, then lets her know its his turn.

And his little pig grunts!! wow, he couldn’t be more adorable.  There have been a few intermitten days of struggle but he is such a joy. I love him so much! We went to our vet last week and they were too happy to see him. Everything was just as I was told, I went b/c his glands were super full. They even hooked me up with an extra heartguard and flea control, even though I already got it all!

Our lives are complete since Ranger became part of our family three months ago.  He is such a wonderful dog!  He gets more than enough love from all of us. Friends say he has too many toys but how can that be possible?

Thank you for rescuing him from a shelter since he was meant to be a part of our family.  My son kisses his head every morning before he leaves to school and tells him to be good.

Ranger found his forever home with us. 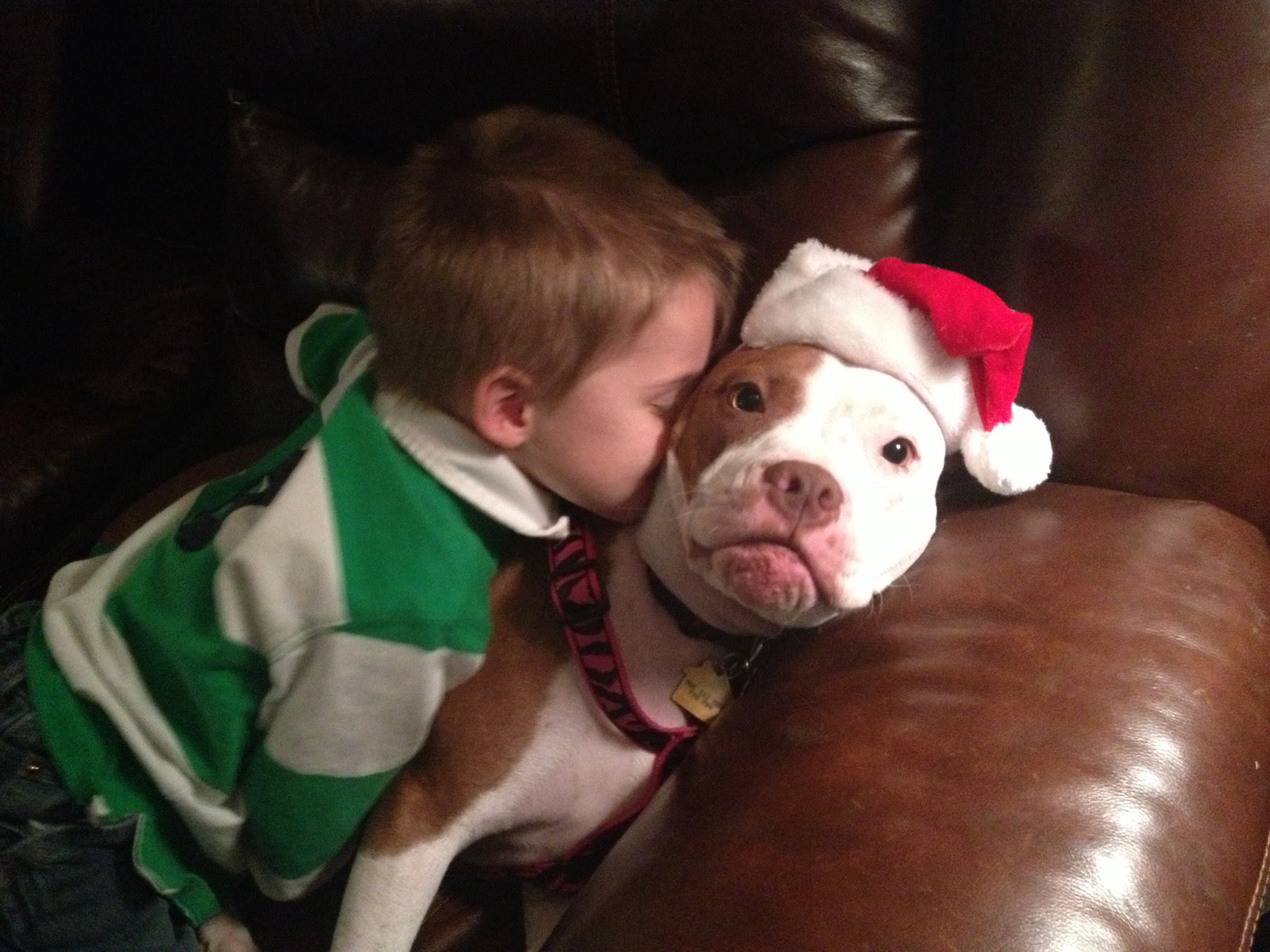 Merry Christmas to everyone at
K-9 Angels! 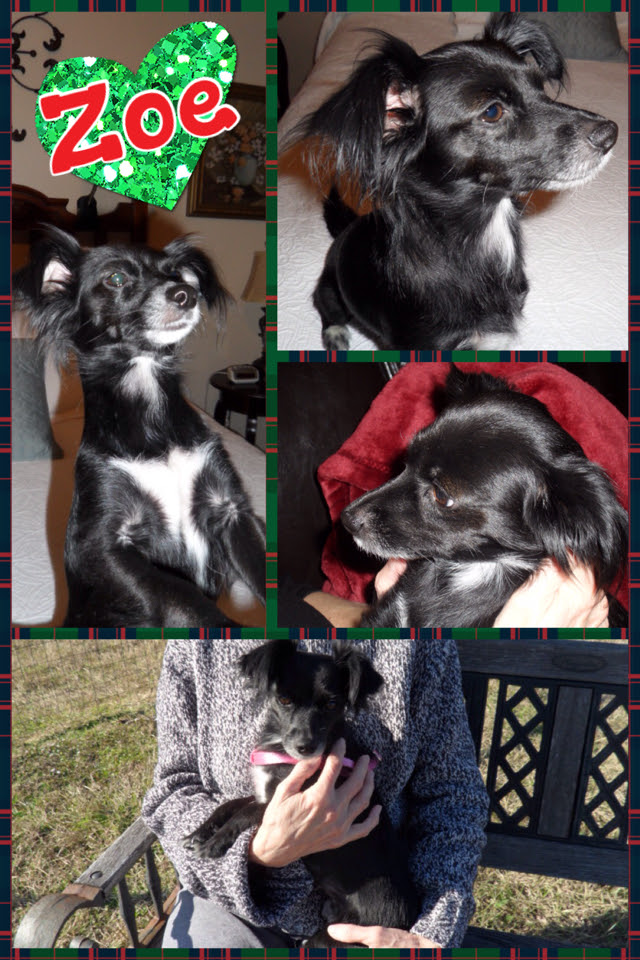 Update 1:  Zoe is just perfect! She has taken to the good life with absolutely no problems. Although she has no interest in toys and was definitely not interested in meeting any other little dogs, she has attached herself to me and loves going on walks. snuggling on the couch in my lap and sleeping in my grandmothers antique bed. She is funny, playful, charming and the best dog ever.  We are indeed a match made by the “angels”  and we are looking forward to loving each other for many years.  Thanks you so much for filling my heart with this precious little dog!

Update 2: Unconditional love, a warm bed, exercise and a good diet have made Zoe blossom into the most amazing little dog.  Walks are so exciting that she literally hops like a bunny!  Zoe is so loving and appreciative and did I mention how smart she is?  Just in one week she has learned the commands for sit, down and my personal favorite, dance.  Perhaps it’s her Latin heritage but she can do a mean rumba and she loves it when we applaud.  She’s turned into quite a little flirt and looks for her two boyfriends so she can run circles around them.  From the moment I saw Zoe’s photo on your website, I knew she was the one for me.  She brings love and laughter into every day and will make this Christmas a very special one!