A number of pet food brands are contaminated with potentially harmful bacteria and other contaminants that could cause negative health effects to humans and their pets, according to a testing project funded by a group of pet owners and coordinated by the Association for Truth in Pet Food.

The project is the first of its kind to use crowdfunding to test pet products.  The problems revealed by the project could make a big impact on general awareness of food as a source of illness in pets for both pet owners and veterinarians, one veterinarian told Food Safety News.

Pet owners were able to coordinate the fundraising using popular crowdfunding website IndieGoGo.  Together, 240 people contributed a total of $15,705 to test pet food brands for a range of harmful contaminants and other problems.

The tests found 11 out of 12 pet food varieties contained bacteria considered serious health threats by the U.S. Food and Drug Administration (FDA) such as Staphylococcus and Acinetobacter, including drug-resistant varieties.  They also found 3 out of 12 foods exceeded regulatory levels of nutritional content, and 4 out of 8 had medium or high levels of fungal toxins.

The pervasiveness of the bacterial contamination alarmed Susan Thixton, co-director of the Association for Truth in Pet Food and author of TruthAboutPetFood.com.  Thixton and her colleagues organized the project, with laboratory testing coordinated by food scientist Tsengeg Purevjav, Ph.D.

Data produced by the project help explain the numerous human foodborne illness outbreaks linked to pet food in recent years, Thixton said.  Clearly there’s a disconnect between the test results and claims from pet food manufacturers that bacteria are eliminated during production processes, she said.

“They say that the processing of kibble foods or canned foods kills the bacteria, but we’re finding multi-drug resistant bacteria in a kibble and canned pet food,” Thixton said.  “Veterinarians that looked at these results asked, ‘How can this happen?’”

Dr. Cathy Alinovi, a veterinarian in Indiana, reviewed the group’s report prior to release and said the procedures adhered to good scientific standards.

Alinovi echoed Thixton, saying that the extensive bacterial contamination was the most alarming aspect of the report.  She often sees dogs and cats with gastrointestinal problems and no explanation for their illness other than the food they’re eating.

“My motto is that 80 percent of what walks into my clinic is fixed through food,” Alinovi said.  “These data really help veterinarians to say that there are common, everyday foods that have common ingredients that could be causing health problems.”

There was only enough funding to test 8 out of the 12 foods for mycotoxins, which are toxins produced by molds and other fungi that have been shown to cause serious health effects in animals.

Two of the eight brands tested above levels considered “high risk” for mycotoxins: Meow Mix Tender Centers and Beneful Original dog kibbles.  The Meow Mix product, in particular, was found to have more than three times the high-risk level for mycotoxins.

Three cat foods were also found with levels of sulphur exceeding standards set by the National Research Council, but AAFCO does not set regulatory maximums on nutrients in cat food.

On a positive note, the tests returned no traces of melamine or euthanizing drugs in any of the 12 samples.  Both substances have caused significant pet food scares in the past.

Thixton said that she hopes the report shines a light on the need for improvements to pet food manufacturing standards.

“It’s called ‘pet food,’ but by regulatory standards it’s considered animal feed,” she said.  “Most of these are feed-grade ingredients.  Feed is often dumped on the ground, not brought into homes.  It’s a huge difference, and if they’re calling it ‘food,’ it needs to be held to the standard of food.”

Alinovi recommended pet owners bring the report to their veterinarian if they suspect food might be causing health problems in their pet.

“It’s a great starting point for conversation with your veterinarian,” she said.

The full report and other materials are available at the website for the Association for Truth in Pet Food. 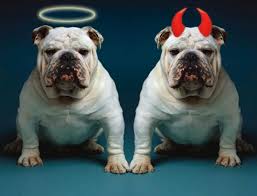 Raising a good canine citizen doesn’t come naturally to every dog guardian, which is one of the reasons so many unlucky pups are relinquished to animal shelters each year.  Many people don’t realize that molding a puppy or adopted adult dog into a balanced canine companion requires a considerable investment of time and energy.

And while everyone recognizes the difference between a well-mannered dog and one that is unpredictable and out-of-control, often dog owners develop bad habits without realizing it, and are left feeling confused and frustrated with their dog’s uncooperative behavior.

The Dirty Half-Dozen: 6 Common Mistakes You Might Be Making with Your Dog

1. Doing the right thing, but at the wrong time.

Every interaction with your pet sends a message, and sometimes dog owners inadvertently send the wrong ones.  For example, giving your pup attention or affection when she’s performing an undesirable behavior can reinforce that behavior, increasing the likelihood she’ll continue to do it.

Remember: To your dog, attention and especially affection are rewards, so try to offer them only when your pet is performing desired behaviors.

Your dog looks to you for guidance and leadership.  He needs to know what his boundaries are in order to feel secure with you.  So when you take him for a walk, he should walk beside you – not out in front of you, yanking at the leash.  When you’re preparing his meal, he should sit and wait politely, not hump your leg.  When you come through the door and he’s beside himself with joy, he should still quickly respond to your command to “Sit” and “Stay.”

Remember: Your dog needs boundaries and manners, so take the time to help him become be a self-confident, balanced individual.

3. Mistaking your dog for a human.

Your dog is: Canis lupus.  You are: Homo sapiens.  You and your dog are different species.  Put another way, your dog is not a human.  And treating her as if she is will deprive her of many things that can make her healthy and happy.  She doesn’t need that processed pet food, no matter how cute you think the TV ad is.  She needs balanced, carnivore-appropriate nutrition. She doesn’t really need another stuffed toy or rain boots, but she does need at least 20 minutes of aerobic exercise every day.

Remember: As much as we love our canine family members and often feel like their mom or dad, they are distinct from us in many wonderful and inspiring ways.  Focus on honoring and nurturing all that makes your dog, a dog.

Okay, it’s a silly play on words, but seriously… two hygiene items every pet parent should but often doesn’t attend to are their dog’s teeth and nails.  You should brush your dog’s teeth if not every day, at least several times a week.  Otherwise, like most dogs over the age of 3, he’ll have gum disease, and as time passes the situation will worsen until his mouth smells bad and feels worse.  Then you’ll be faced with a big vet bill and he’ll probably lose a few teeth.

Your dog’s nails also need to be clipped regularly, and here’s how to do it.  How often depends on how fast they grow and how much time he spends on surfaces that grind them down naturally.  If you can’t bear to clip little BooBoo’s nails yourself, consider making a standing appointment with a groomer or veterinarian who will do it for you.  You’d be amazed at how often dogs develop serious paw problems from nails that have grown too long.

Remember: Don’t fight tooth and nail to avoid cleaning those teeth and clipping those nails.  You and your dog just need to learn to deal with it.  You’ll be happy you did.

5. Showing hate for the crate.

I’m perpetually surprised by how many dog guardians think crates are an invention of the devil.  If you’re one of them, here’s what you’re missing in the equation: your Canis lupus is by nature a den dweller, and a crate affords you the opportunity to work with your pup’s natural desire to seek out small, dark, safe spots to inhabit.  This can be a huge win for you, as well as him, if you need to housetrain the little fellow, not to mention for car or plane travel, or overnight stays with friends, family, or at a pet-friendly hotel.

Remember: Crate hate is not logical, unless an animal has been emotionally traumatized by people who made bad choices with a crate.  Try to keep an open mind.  Talk to some dog loving friends who’ve crate trained their pups.  Chances are they’ll tell you their dog seeks out her crate on her own for naps, at bedtime, and whenever she just wants a little me time.

If you want a balanced, well-mannered dog, the way to achieve this is with positive reinforcement behavior training, not punishment-based training.  A growing number of studies show that positive reinforcement training of our furry companions is much more effective than training that involves dominance and punishment.  Some studies even conclude that punishment-based training actually creates additional problem behaviors, which is certainly an outcome no dog guardian wants.

Remember: Positive reinforcement training is based on the simple notion that rewarding your dog for desired behavior will encourage more of that behavior.

Don’t Be a Pawn of Industry

Some pet food companies claim their foods are human quality.

This leads consumers to believe such foods are superior to all the others using “by-products” (which, they don’t mention, may be superior nutritionally), road kill (a myth), and euthanized pets (another myth).
In the same breath, pet food companies caution pet owners against feeding human quality table scraps.  This implies that their pet foods only contain prime cuts of steak, chops, filets, drumsticks, and turkey breasts.  But that cannot be true or you could not afford to buy their products.  What are really used are various food industry scraps that can’t be easily sold to humans.  So, in other words, they can feed your pet scraps, but you shouldn’t.

Home cooking and feeding is just not good for the pet food industry.  Companies would much rather that consumers be totally reliant on processed products.  The public is a profit center – passive, compliant, uncritical, dependent, and unthinking.  Food industrialists will engineer, grow, cook and deliver your food, and, just like mom and dad, tell you what is best and beg you to eat it.  If they could figure out a profitable way to pre-chew and force feed it they’d do that too.

It would seem that if commerce had its way, people and pets would be strapped down with stomach tubes coming direct from the factory and money conveyors going back.  Actually, the AAFCO ingredient list has closed the loop even more completely with approval of ingredients like feces and garbage.  Tubes could run to “eat” and “exit” ends in a nice tidy closed circuit direct to and from the factories.

As much as supplemental pet feeding is cautioned against, there must surely be some evidence of harm.  But other than occasional reports of problems brought on by feeding large quantities of cooked bones, or meat only, or liver only, or fish in excess, there is no such evidence.  In 17 years of medical practice I did not see one such problem.  But every day I saw the dismal results of pets being fed a steady diet of processed “complete” foods, namely, every sort of chronic degenerative disease.

Of course, ridiculous excesses of anything can cause problems.  Even oxygen and water can kill if overdosed.  But feeding fresh foods and table scraps in variety can only cause health – not disease.

If you believe that the natural instincts of your companion animal mean anything, offer some raw liver or meat and observe.  Case closed.